The Leader Approach – the fourth axis of the Rural Development Programme

Since its establishment in 1991 the Leader instrument provides the communities with rural regions of EU instruments for taking active role in establishment of their own future. The Leader abbreviation means “Links between the rural economy and development actions”.

The Leader instrument works well in various conditions and types of regions thus adapting the policy conduction in rural regions to the vast differences in the needs of the rural regions. Due to all this, it has become an integral part of the rural development policy.

Politically speaking Leader was found as an “Initiative of the community”, financed by the structural funds of EU.

During this time the member-stated and regions support Leader programmes with separate financing on level European union.

The funding of Leader axis since 2007 comes of the common financial transfers, received annually by each member-state of the EU under the new European Agricultural Fund for Rural Development (EAFRD) for supporting the development  of rural regions....( more ) 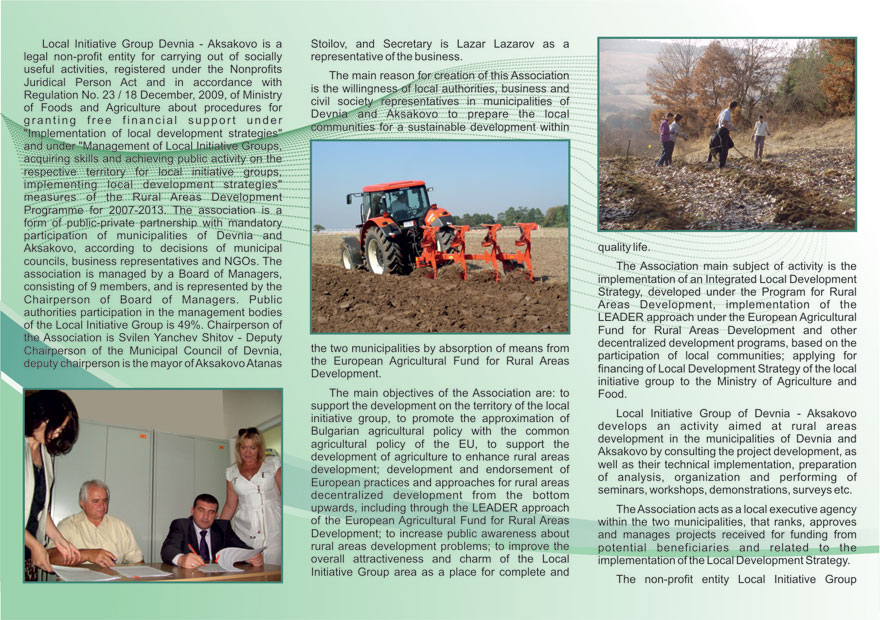